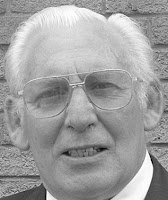 John Moth, aged 77 years, was a very well-known local figure in Neath and played an active role in his Church, The Mission Hall. John will be remembered for the many altruistic endeavours in his life, not the least of which were his 15 years in a foster parent capacity. In political circles he was a helpful, staunch and active member of the Welsh Liberal Democrat Party always giving of his time willingly. Perhaps the most fitting remembrance for John, particularly at this time of the year is that John was an ex-army man. His military career, was noted by the fact that he served in Korea, serving his country and his fellow soldiers in the Catering Corps. John Moth had an immense impact on all those who met him, touching every life in his own inimitable way.
Posted by Aberavon and Neath Liberal Democrats at 11:17 am