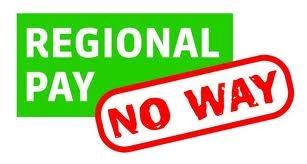 The Chancellor announced in his Autumn Statement that the Government no longer intends to expand regional and local pay – a policy that would have had a detrimental effect on Wales.

“The Welsh Liberal Democrats have always believed that moves towards regional or local pay would further ingrain regional inequalities. That is why we took our campaign against regional pay to our Party Conference, which not only secured our party’s position on the matter, but also gave our Ministers in Government a clear direction. I am immensely proud that the Welsh Lib Dems played such a key part in this campaign.”

Posted by Aberavon and Neath Liberal Democrats at 12:30 am