Manifesto launch by the Party of wiles 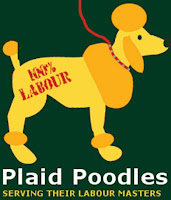 Responding to the launch of the Plaid Cymru manifesto, Elizabeth Evans, the Welsh Liberal Democrat's Assembly candidate in Ceredigion said:

“Plaid Cymru says the current Government is 'Plaid driven' but their manifesto ignores their failure in government over the last four years.

“They say they want to create jobs but when Ieuan Wyn Jones took charge four years ago, Wales’ unemployment was below the the UK average, now it is higher than the UK average.

“They talk about making sure children read, write and count to the expected standard but under the ‘Plaid driven’ government we have seen the worst relative decline in standards in education for decades.

“They say that want to raise private money to invest in buildings but they have spent the last four years trumpeting their refusal to build hospitals that way.

“They say they want to tackle climate change but their own minister has spent £8 million pounds of tax payers’ money subsidising air flights instead of investing in public transport.

“Plaid say they stand up for rural communities but every farmer knows that it is a Plaid minister that has presided over the unmitigated disaster of Glastir, the agri-environmental scheme.

“Plaid may not like it but they share responsibility with Labourfor the failure to deliver for the people of Wales. Wales doesn’t need any more ‘Plaid-driven’ government.”

Posted by Aberavon and Neath Liberal Democrats at 11:58 am