Away on EU polling day?

Posted by Aberavon and Neath Liberal Democrats at 2:03 am No comments:

Use it or lose it


On 23 June 2016, Britain will face one of the greatest electoral questions of this decade. Voters will be asked to decide whether or not they wish to see the UK remain in the European Union.  Yet as this crucial election draws ever-nearer, there is an important issue which must be contemplated: registering to vote.
The deadline to register to vote for the referendum is midnight, 7 June. The party-neutral Bite The Ballot (of which Lord Roberts is Honorary President) is running an innovative #TurnUp campaign in the week approaching this deadline. I urge everyone to support this cause. It’s vital to ensure that the 30% of young people missing from the roll are able to have their say.
Regardless of how you choose to vote, it is crucial that all eligible voters turn up to vote and have their say on the future of Britain’s membership of the EU. That said, Lib Dems have adamantly chosen to become the party of remaining ‘IN’ the Union. Our party chooses this path because it’s not only the right thing to do, but it’s the smart thing to do.
There are economic benefits to remaining in the Union which will benefit a substantial portion of the British public. The GNP per capita will remain higher, the UK will retain its access and influence to the single market, and unemployment will remain lower. British citizens will retain their right to live and work in other EU member states – a fact that affects over 2 million Britons today. Finally, remaining in the single market allows Britain the continued access to trade agreements with other nation states. This means there will be no need for renegotiation of bilateral trade agreements between the US and UK, or between Canada and the UK.
If these sorts of economic benefits are not enough to encourage an ‘in’ vote, there is another side to the argument for remaining in. The social benefits of remaining in the Union are many, but in my mind there are two at the forefront: 1) cultural exchange, and 2) sustainable peace. The EU has maintained sustainable peace within its borders for 70 years thanks to the alignment of goals and working together to achieve them. Yet this is also because of the first point; a cultural exchange of ideas, customs, languages and values. By engaging with the Continent, the UK has become culturally enriched and open. Though this is my personal opinion, this seems to me a beautiful reason to remain in the EU.  Why not continue to partake in benefits such as Erasmus+? Why cut ourselves, and future generations off, from the world?
For more information about why Lib Dems support remaining in the European Union, please check out the #INtogether campaign. But most importantly of all – as a Party – we must remember to inspire every we meet and work with to get registered, get informed, and #TurnUp to vote!

At a special conference held in Newtown yesterday, the Welsh Liberal Democrats endorsed overwhelmingly the Progressive Agreement announced on Thursday, 19 May 2016, by Welsh Labour and Kirsty Williams and the invitation made by the First Minister to Kirsty Williams AM to take up the position of Cabinet Secretary for Education within the Welsh Government.


Posted by Aberavon and Neath Liberal Democrats at 12:34 pm No comments:

The last counts - from Bristol City - having been completed, these are the final scores:

Posted by Aberavon and Neath Liberal Democrats at 12:33 am 2 comments:

Kirsty's message for the election tomorrow

"Tomorrow’s vote is your chance to make a difference for your community. Before you cast it, I want you to ask yourself: who has delivered the most for you and your family?

"If our record over the last five years shows anything, it's that a vote for the Welsh Liberal Democrats is a vote for our policies being put into action. Tomorrow will be no different – your vote could help make our ideas a reality.
"If you support smaller class sizes, if you want more nurses on hospital wards, if you want an Opportunity Economy that enables people to get on life, then you have to vote for it – you have to vote Welsh Liberal Democrat. Only then can we begin to deliver a Wales that works for you."
Posted by Aberavon and Neath Liberal Democrats at 9:37 am No comments: 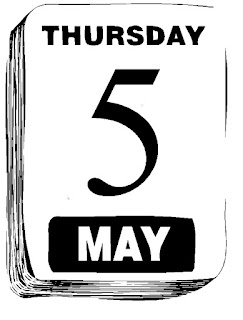 On Thursday May 5th vote for Helen Ceri Clarke in Aberavon, for Frank Little in Neath, for Welsh Liberal Democrats on the South Wales West regional list (lead candidate Peter Black) and put a cross in column 1 for Judith Woodman on the Police and Crime Commissioner Ballot.


Posted by Aberavon and Neath Liberal Democrats at 6:20 pm No comments: