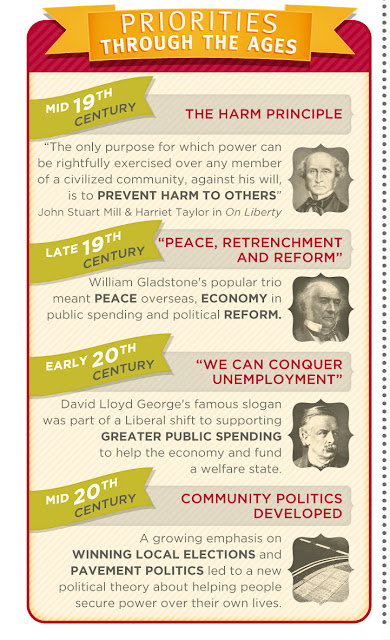 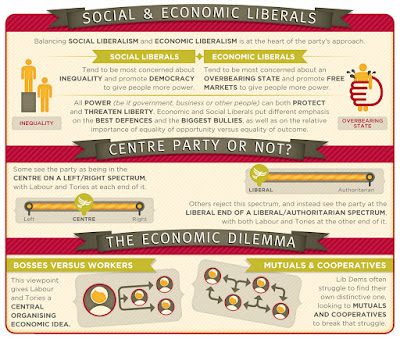 A high-res single poster incorporating the panels above is available here (6 Mb pdf). It is A3 sized and suitable for printing out.

Posted by Aberavon and Neath Liberal Democrats at 1:59 pm No comments:

Pro-European? Labour has given up on you.

Posted by Aberavon and Neath Liberal Democrats at 2:31 pm No comments:

Independent proposals for students to receive the equivalent of the National Living Wage during term time have been accepted by Welsh Lib Dem Education Secretary Kirsty Williams.

The Welsh Lib Dems were clear during the election that they would overhaul the current funding arrangements to make students’ daily living costs the central focus of any new funding system.

The Welsh Government will implement, with only minor modification, the Diamond package, meaning that the average Welsh student could receive up to £7,000 a year in grant support, which will also be available for part-time students, from September 2018.

“The Welsh Liberal Democrats have consistently argued that the high cost of living is the number one barrier to accessing university. It should be your ability to learn, not your ability to pay, that determines whether you can study.

“Far too many students are struggling to make ends meet. I’m proud that the Welsh Lib Dems not only listened to students by putting living costs front and centre of this debate, but that we’re now using our influence to deliver on our promise to students in May.

“With Kirsty Williams in Government, the Welsh Lib Dems will secure much-needed reforms for all students, making sure that a parent’s bank balance won’t hold any young person back from succeeding at uni.”

“We are looking to introduce the most generous and progressive system anywhere in the UK. These plans will deliver the first system in the UK that is consistent, progressive and fair in its support for full and part-time undergraduates and for post-graduate students.

“I am clear that Wales needs a sustainable and progressive higher education funding settlement that supports students when they most need it, and, importantly, enables our universities to compete internationally.

“Our proposals are a fundamental shift so that Wales can develop a higher education funding and student finance system that really does provide for all.”

Posted by Aberavon and Neath Liberal Democrats at 7:10 pm No comments:

Something the Brexit campaigners forgot to mention when railing against bureaucracy

Posted by Aberavon and Neath Liberal Democrats at 12:13 pm No comments:

A German couple sits on a couch in front of the telly. He, with his eyes glued to the box, says "How stupid are the Yanks to vote for Trump?" while she looks out of the window to the hordes of neo-Nazis and AfD supporters waving "Foreigners out!" and similar banners.

Posted by Aberavon and Neath Liberal Democrats at 2:59 pm No comments:

"We will vote against Article 50 unless it allows the people a vote on the deal, because the will of the people must prevail – both on departure and destination.

"The government has no plan and their haphazard approach is leading us towards a disastrous version of Brexit which risks jobs, communities, security and the economic health of the nation."


Posted by Aberavon and Neath Liberal Democrats at 12:58 pm No comments:

What Welsh students could miss out on after Brexit

ColegauCymru / CollegesWales succeeded in its Erasmus+ application once again for half a million Euros to support overseas opportunities for learners and staff.  This latest success brings the total amount of funding acquired by ColegauCymru / CollegesWales for learners since 2011 through Erasmus+ and Leonardo da Vinci (the European Union’s predecessor programme) to just over €1.2million.

Nine FE colleges, Tata Steel and Isa Training will be part of this exciting project. The funding will enable 215 vocational learners and apprentices from 11 curriculum areas to undertake work placements in Europe.

There is a petition to save Erasmus here: http://www.libdems.org.uk/erasmus

Posted by Aberavon and Neath Liberal Democrats at 10:29 pm No comments:

Cecilia Malmström writes on signing the Comprehensive Economic and Trade agreement at the summit between the EU and Canada:
This agreement is an important achievement, for many reasons. First of all, it clearly demonstrates that when Europe comes together, we can shape globalisation according to our values and our standards. We reached an agreement on the EU side after some tumultuous discussions. Sometimes we need to make things a bit complicated first, in order to make them better as a result - it has always been the crises that foster progress in our European Union.

There is much skepticism about both globalisation and trade these days – across Europe as well as in North America and elsewhere. In recent years we have been engaged in a very passionate European debate on trade. This is important, because it helps us improve our EU trade policy. As a Swede, I know for a fact that openness to trade and stringent social standards are not mutually exclusive. On the contrary - we need open and fair rules on trade to support, maintain and improve our welfare states. Trade agreements are not the silver bullet to solve all our problems, but it is an important tool that Europe has at its disposal to strengthen economic growth and foster jobs.


Posted by Aberavon and Neath Liberal Democrats at 2:52 pm No comments: