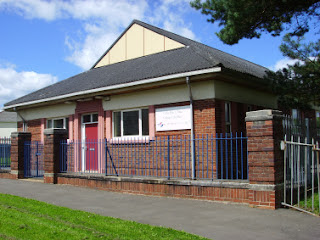 Coedffranc Community Council is exercised (quite rightly, in our opinion) about the potential, and needless, loss of Cefn Parc clinic.

It has until only recently been used as a maternity clinic. It has outlived its usefulness as such, but would seem to be ideal for provision of additional dental facilities, which the community badly needs.

From a Neath Guardian article: "The land that the clinic is built on was originally sold for a nominal fee to the Parish council to provide maternity facilities for the Coedffranc area in 1938.

"Until recently the site has served this purpose and documents dating back to 1938 state the site should not be used for other purposes without consent in writing from the Vendors.

"The spokeswoman said solicitors representing Bro Morgannwg Trust have told them they do not have a copy of the original conveyance."

This has not prevented the Trust from selling the building. The community council attempted to purchase it, but was outbid. Bro Morgannwg has refused to reveal the name of the purchaser. However, the Trust cannot finalise the sale because of the restrictive covenant, of which community councillors do have a copy.

It is the firm view of the Community Council that the sale should not have started until the council was consulted over any possihle change of use.

Liberal Democrat councillor for Coedffranc North, and a member of the community council, Keith Davies, said that the way in which the trust has handled this "makes them prime candidates for a review by the Director General of the Audit Commission".

Currently, the community council has approached the Welsh Assembly Government so that this contretemps between two publicly funded bodies can be resolved by them, rather than incurring high legal costs.
Posted by Aberavon and Neath Liberal Democrats at 5:20 pm

"The sale of the property followed an open process."

The first that we knew of the identity of the purchaser of the land was from a local press story this week. It is the Struthers Memorial Church.

This is obviously a thriving and expanding organisation which currently has to meet locally in the Caewern Community Centre, which is barely big enough to hold public meetings, such as that of the Neath Port Talbot Health Board, which was held there last week.

We still agree with Councillor Keith Davies that the Trust has acted less than perfectly in this matter, and that the facility should have been retained for the bodily health of the community. Judging by the number of redundant churches and chapels being converted to housing, the spiritual health is more than adequately catered for.