Fraudster who fled Britain has been returned and put behind bars

Thanks to the European Arrest Warrant, a member of a Nottingham-based crime gang who fled the UK to avoid prison has been returned to Britain to start a five-year jail sentence. 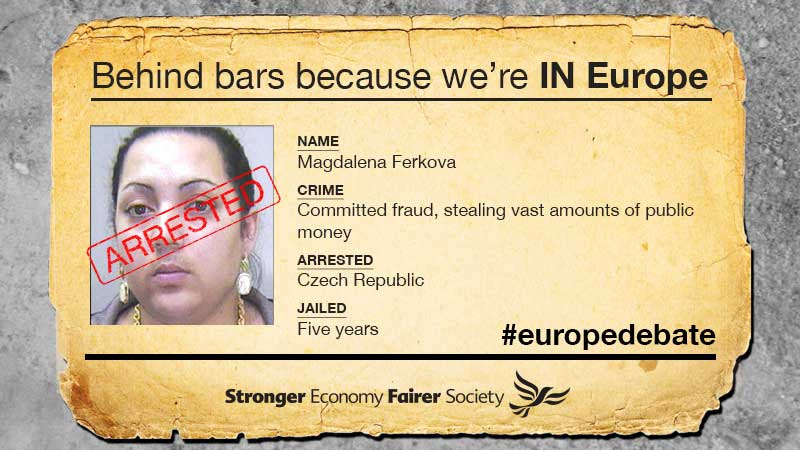 Magdalena Ferkova was part of a crime group that stole large amounts of public money. She had flown vulnerable foreign nationals to the UK to act as ‘benefit tourists’, illegally claiming over a million pounds in tax credits and Child Benefit. After luring the individuals to the UK and forcing them to make applications, Ferkova sent the claimants home.

Four other members of the gang were sentenced in November, however, Ferkova fled Britain during her trial. A European Arrest Warrant was issued the following month and she was finally captured in the Czech Republic and returned to Britain.

If it weren’t for Britain being IN Europe, the European Arrest Warrant would not exist here and Magdalena Ferkova would still be on the run, possibly committing more crimes.

Posted by Aberavon and Neath Liberal Democrats at 11:40 am

And that is what makes you happy, funny old world and how the Tories and the Fib Dems with Miliband's Tory Lite are easy appeased.