Why the country needs more Liberal Democrat MPs and votes 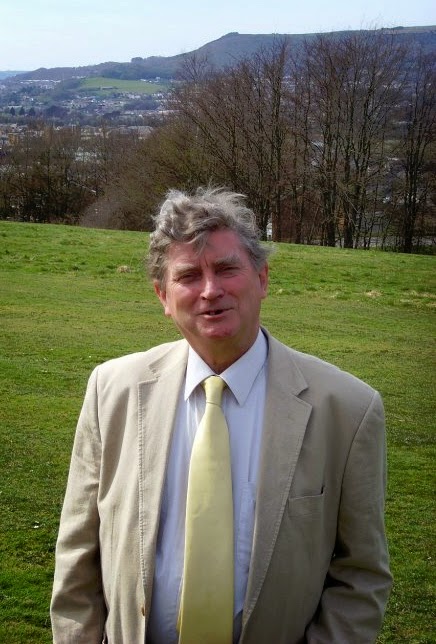 Logically, the proposition is unanswerable. Liberal Democrats have cooperated in a government which has not only restored international credibility to the United Kingdom but also started the readjustment of the economy so that it is no longer totally dependent on the caprices of the money market. We have restored civil liberties. The sackings of the years following the credit failure of 2008 have been more than reversed, more jobs being created in the private sector than the public. We have lifted the tax threshold of millions of people while still narrowing the gap between government expenditure and income.

People have suffered in that time (let us avoid the mealy-mouthed "tough decisions had to be made") but we are now in a position to restore fairness to both benefits and public service pay without increasing the deficit again. We can rebut our opponents' recurring gibe, that our promises are unrealistic because we have no recent experience of government. Not only have we had ministers in the Treasury, with access to "the books", but virtually all the constructive achievements of the coalition - on pensions, apprenticeships, investment in the railways, the Green Investment Bank, stopping the post office closure programme - are down to Liberal Democrat ministers. (There were many more things which we persuaded the government to accept. 32 of them are listed here.)  All our manifestos in the past have been rigorously costed, but at last we are able to provide supporting evidence for that fact.

But emotion and traditional loyalties play a large part in voters' decisions. There is no doubt that in certain quarters merely discussing common problems with Conservatives is equivalent to supping with the devil. To actually go into government with Conservatives clearly alienated many, including some within our own party. It is clearly going to colour opinion.

People forget the situation in 2010, though. Greece, Portugal, Spain and (most worryingly as an economy similar to our own) Italy were at varying levels of financial meltdown. Their government bonds all at times approached or achieved "junk" status. There were riots and unstable governments. So there was a need to show that there would be stable government for the term of a parliament, even though the constituent parts of that government were traditional enemies. For the alternative, see what has happened to France in that time.

Domestically, Labour had indulged in a number of expensive schemes of doubtful benefit or hope of successful completion. There were the PFI schemes which continue to burden the English NHS and which would have (until the coalition caught most of them) formed the backbone of the Building Schools for the Future programme as Labour belatedly addressed the backlog of school replacement in England. There was the over-ambitious NHS IT scheme. There was the massive centralised identity database which was officially estimated at £5.6bn but which unofficial estimates put at between £12bn and £18bn.

That was not only badly designed but would also have set civil liberties back over sixty years. It was a Liberal then who prodded a Conservative government into the overdue abolition of the wartime identity card scheme. It was a coalition of libertarians in the Conservative ranks with Liberal Democrats who laid to rest Labour's ID cards in 2010. We also ended the imprisonment of innocent children, arbitrary stop and search powers and the ability of the police to arrest anyone taking photographs near a public building. Sadly, Conservative ministers have regressed since the early days of the coalition and Liberal Democrats have worked hard to resist such intrusions as the Communication Data Bill.

Contrary to Labour claims, the rich are paying more in percentage terms than the poor under the coalition, but of course the rich hardly feel it because their disposable income is continuing to grow.

I would be more sensitive to gibes from Labour about "tax cuts for millionaires" if Gordon Brown hadn't maintained the Thatcher/Lawson top rate of tax of 40p for all but a few days of Labour's administration; if when Alistair Darling took over the chancellorship he hadn't signalled that his 50p rate was only temporary; if having announced the 50p rate he delayed implementing it for a year, giving tax lawyers plenty of time to put avoidance schemes in place; and if, when in opposition, they hadn't sacked the chancellor who at long last brought some sanity back to government spending and replaced him with the team that had given Gordon Brown such bad advice in the first place.

Incidentally, that 2009/10 tax holiday, coupled with a temporary dip in world fuel prices, may well have produced the spurt in economic activity which briefly increased GDP and gave Labour spurious evidence for their claim that they had got the economy on the mend "without the need for austerity".
The last part ignores the fact that the cuts in the coalition's first budget were inherited from Darling. (Admittedly, Osborne increased VAT by more than Darling's proposal: to 20% as against 19%.) We also fought to ease austerity where we could.

So to protect our civil rights from both Labour and the increasingly vocal authoritarians in the Conservative Party, Liberal Democrats need to be there in force in the next parliament. We also need to be there to maintain sensible economic policies, paying for fairness in the benefits system not by increased borrowing but by fair taxation of the rich and by tackling the tax loopholes that both Labour and the Conservatives have avoided closing.


Posted by Aberavon and Neath Liberal Democrats at 7:00 am