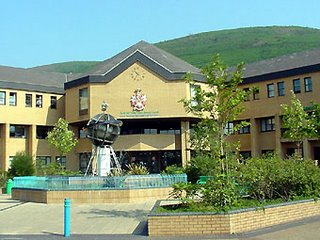 The figures shown below are obtained from the Local Government Data Unit and clearly show that the number of Women employed in Senior Management Positions within Labour Dominated Neath Port Talbot Council have remained, on average, around the 7.5% mark for the third year running!

In other Local Authorities, in Wales, women make up over 20% of the senior managers, these councils include Denbighshire, Conwy, Flintshire and Blaenau Gwent. Yet in Neath and Port Talbot women in senior management positions, were running at just over 10% in 2001/02. In stark contrast, 2004/05 the figure was down further to 7.7%, the lowest in Wales.

The Liberal Democrat led administrations of Cardiff and Swansea have 24% and 19.4% respectively, of Women, in senior management positions.

In the years preceding the Liberal Democrat coalition in Bridgend County, the percentage of women in senior management positions was a pathetic 5.6%. Since the creation of the coalition the figure has improved to 10.8%.

Aberavon and Neath Liberal Democrats were recently made aware of an “Equality of Opportunity in Employment” document, last updated in November 2001. Section 2.1 of this document states:

“As a major employer, the authority is committed to taking positive action to eliminate discrimination and to redress past imbalances in order to provide genuine equality of opportunity.”

As yet, there still remains this inconceivable imbalance. I find these statistics to be inconceivable in the extreme that, in this day and age, this imbalance has gone unchallenged for so long. It’s been over thirty years since the introduction of the Sex Discrimination Act in 1975. I find these figures absolutely appalling, and clearly the council is doing nothing to address the gender imbalance that exists within the senior management structure of the authority.

I urge Neath Port Talbot Council to ensure that all candidates for future Senior Positions are considered on their individual, rather than their collective, merits and upon their ability to do the job in which they will be employed.

I see that a record number of female QCs has been appointed this year.

If Labour in government can blow a fresh wind through the stuffy legal world, surely Labour locally can enter the 21st century?