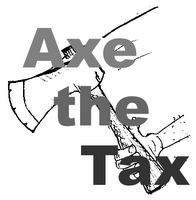 Tom Brake MP, the Liberal Democrat spokesman on local government, has launched a competition to find the person who pays the highest proportion of their income in council tax.

The competition highlights the Liberal Democrats campaign ‘Axe the Tax’
to replace council tax with a fairer alternative based on people’s
ability to pay.

“This is a light-hearted way to draw attention to a really serious
problem.

“With council tax, people who can afford it least are hit the hardest.”

Further details about the competition and the ‘Axe the Tax’ campaign can
be found at: www.axethetax.org

We bet that the "winner" in Wales will be found in Neath Port Talbot, which has the highest basic council tax in Wales, and most probably in Skewen. Coedffranc community council has the highest precept in Neath.

The council's recent glossy leaflet claims to have delivered the second lowest council tax rise in Wales. (The lowest is in Liberal Democrat controlled Wrexham, by the way.)

That is true only in percentage terms. If you work it out in real terms, in terms of the extra cash you have to stump up, Neath Port Talbot has the fourth lowest rise - but it still has the highest council tax in Wales.

If you want to enter the competition directly, send your details to: