Save Greyhounds by Signing the RSPCA Petition Below.... 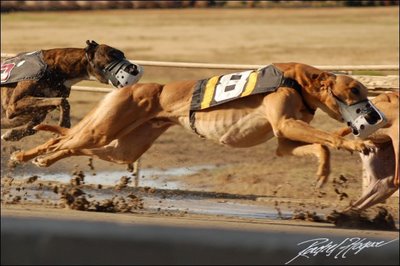 I’m sure most people have been shocked to hear that Animal Cruelty Convictions rose by more than 50% in Wales, last year according to the RSPCA, with a number of high profile cases being highlighted in the media of late.

One of the more disturbing cases of animal cruelty has been the allegations made that a Builders Merchant of County Durham destroyed some ten thousand greyhounds in a fifteen year period using a bolt gun.

“If the reports of the slaughter of thousands of greyhounds are true, the situation is simply intolerable. We have been calling for regulation of the industry for a long time, and after reports like this emerge, it would be unforgivable if the sport’s governing bodies do not sit up and take notice. There have been past instances of horrific abuse of ex-racing greyhounds, which have resulted in prosecution, so there is no excuse for sitting back and ignoring this. The fate of greyhounds after their racing career is over should be at the heart of an enquiry.”

Even more disturbing, animal rights protesters in Spain claim that an estimated fifty thousand greyhounds are killed in Spain every year. Hanging is just one method used to destroy these animals; other methods include injected with bleach or being burnt alive.

Hanging of greyhounds in Spain is especially nasty; the noose around the neck is set at a height so the front paws of the dog don’t touch the ground. The dog is forced to stand on its back legs until it too tired to support itself. Albert Sorde, of SOS Galgos, a greyhound rescue group in Spain is quoted as saying:

“They call it the typewriting death, because the dog's back legs scrabble against the ground and make the clicking sound of a typewriter.....”

An estimated ten thousand greyhounds are retired, at around the age of five, from racing each year in the UK. A number remain with their trainers, others are re-homed by charities like the DogsTrust and the Retired Greyhounds Trust, a huge number just “disappear”.

The RSPCA are calling for a better life for ALL racing greyhounds, the greyhound racing industry must reveal the true extent of the problem