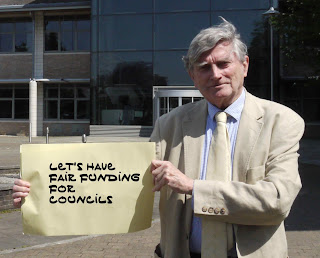 Frank was brought up in an army family and had a much-travelled childhood. He remembers trouble in Egypt and seeing poverty in the back streets of Benghazi, as well as the rejuvenation of the region of the Ruhr in Germany after the devastation of the world war. Settled briefly in Wallasey on Merseyside, he attended Oldershaw Grammar School where two visiting lecturers made an impression.

“The first was Emlyn Williams, who performed his recreation of Charles Dickens’ readings from his own work, a rare honour for the school. The second was a man whose name I unforgivably soon forgot, but who described the strides which were being made in the creation of the European Community and the benefits it was already bringing. A seed must have been planted then.

“Oldershaw was a great little school and I enjoyed my time there, but from personal experience I became conscious of the great divide which was created by the 11-plus exam. Boys of only slightly varying intellectual ability were arbitrarily consigned to very different paths in life. I am glad that Wales adopted and has stuck to comprehensive principles.”

Asthma handicapped his educational development. He left school with several undistinguished ‘O’ and a couple of ‘A’ level GCEs and started work as a clerical officer at the Ministry of Transport. Retraining as a systems analyst/programmer, he moved to Swansea with the Driver & Vehicle Licensing IT project. Already married with one daughter, he added another in Ynysforgan - “both are now doing very well for themselves.”

Developments in medicine relieved him from crippling asthma attacks. He is grateful to the NHS. He says: “I sometimes wonder what further sacrifices my parents would have had to make for the sake of my health if it had not been for the NHS. The first Welsh partnership government made the progressive step of abolishing prescription charges, which has freed young asthmatics and diabetics (to cite just two chronic conditions) on lower incomes to lead full lives.”

When fit, he enjoyed playing cricket, though only as a tail-end batsman and occasional leg-spin bowler. He has been a long-time member of Glamorgan CCC, though is wary of the emphasis on limited-overs cricket. If you know his name or face, it may be because of appearances on broadcast general knowledge programmes. He is a member of several charities with an ecological slant as well as the Campaign for Real Ale.

He was constrained by civil service rules from open political activity, but leaving the Department for Transport to set up as a freelance programmer freed him to become one of the founder members of the Social and Liberal Democrats in Wales. After several house moves, including residence in Alltwen and Gelligron in the Neath constituency, he has been settled for nearly twenty years in Skewen - “which is in Neath, whatever the Boundaries Commission may say!”.

He adds: “I see myself as being swept up in the great Liberal tradition of Wales, adorned by the great Samuel Thomas Evans, who was born in Skewen and the centenary of whose death we will be commemorating next year. So many of the reforms begun by Lloyd George, Beveridge and the young Churchill, which led to a welfare state once the envy of the world, have been unwound by successive governments, including - shamefully - a Labour administration. I see a major task of the next MP for Neath as fighting to restore those cuts to social security which are creating hardship for local people, while helping to create a fair taxation system and a buoyant and balanced economy.”
Posted by Aberavon and Neath Liberal Democrats at 3:30 pm